Slow Poison has been on the Authonomy charts for a while now and, while Bloodstones reached the editor's desk over a year ago, Slow Poison has taken its time and is now within reach of that hallowed spot at the top.

Slow Poison has undergone some radical changes: I've taken the story through a radical re-write and there is now a little twist in the ending of the tale...

The story has a dark and convoluted plot. I've been told there are touches of Larsson and other Scandinavians about my writing. It does have a certain Continental style.

The story in a nutshell: Amsterdam 1987. A quiet assassin waits for the perfect moment. Thirty years on, that moment has arrived.


The story in several nutshells:

Back in England, the real killer begins the final chapter of an obsessive vendetta, culminating in a bloody siege high in the snowbound Cotswolds.

I may publish soon unless an agent or publisher takes me on board.

Either way, with the book re-written, I'm keen to let the reader loose on the story. Slow Poison Book Link

Red House is screaming to be unleashed. 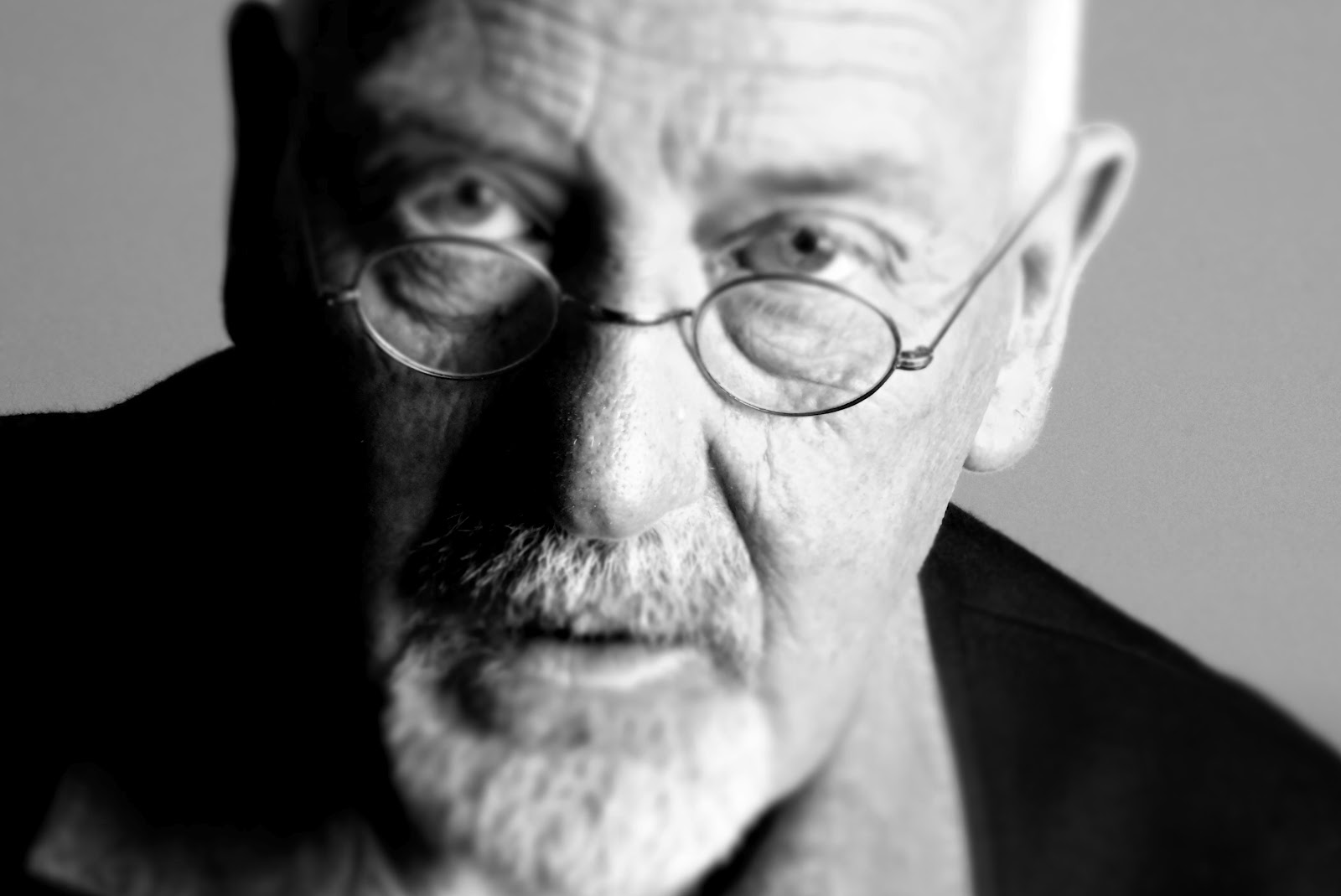 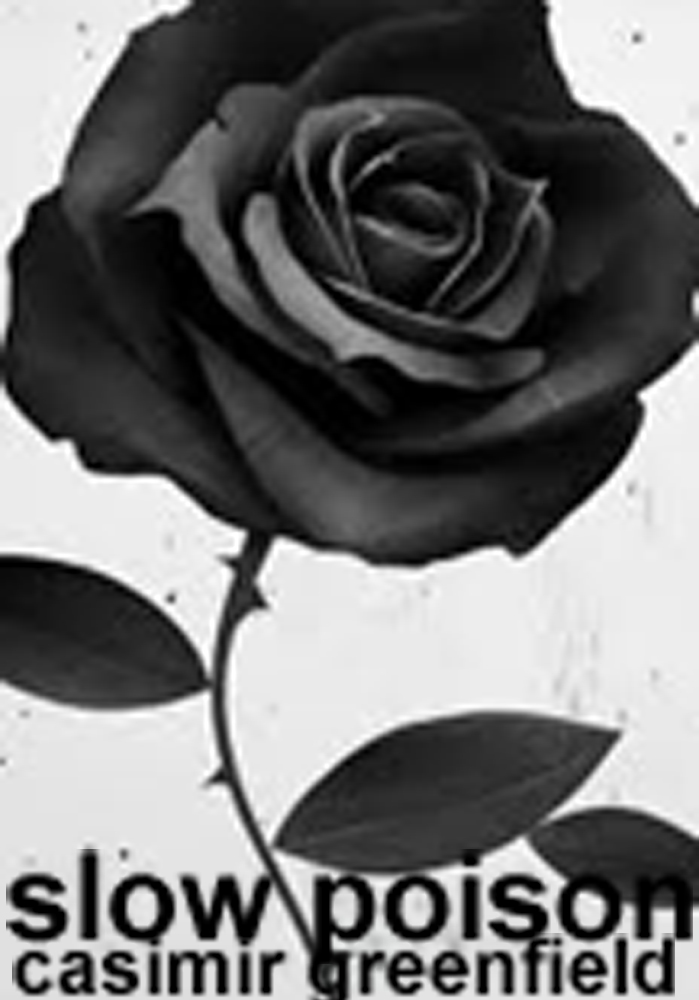 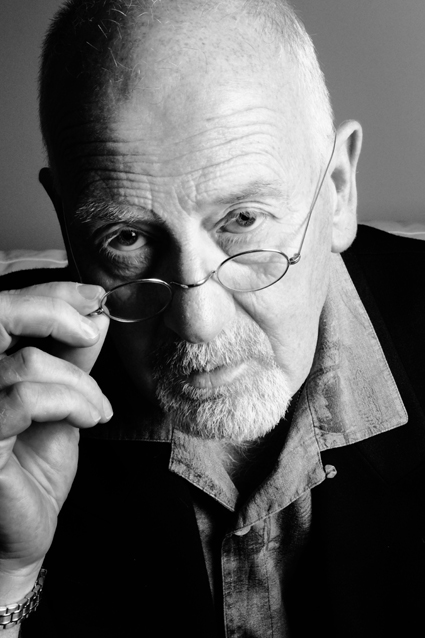 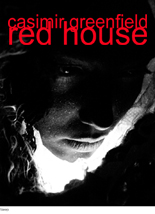 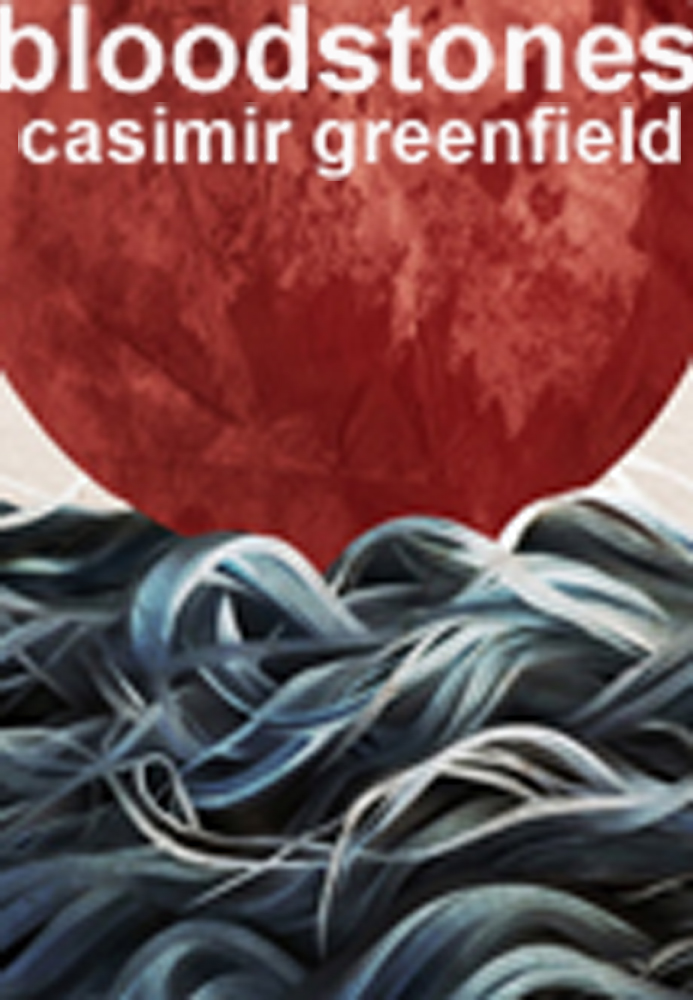 Posted by A Good Old Fashioned Christmas at 07:23 No comments:

We've had the privilege of attending a private showing of Ruben's new works for the San Francisco exhibition and they are stunning! The boy is on a creative high - catch him while you can!

Ruben is headlining the exhibition and has chosen a group of his favourite artists from around the world to join him at the Gauntlet Gallery in San Francisco for an exhibition entitled 'Out Of Body'.

Ruben created covers for both of my books: Bloodstones and Slow Poison 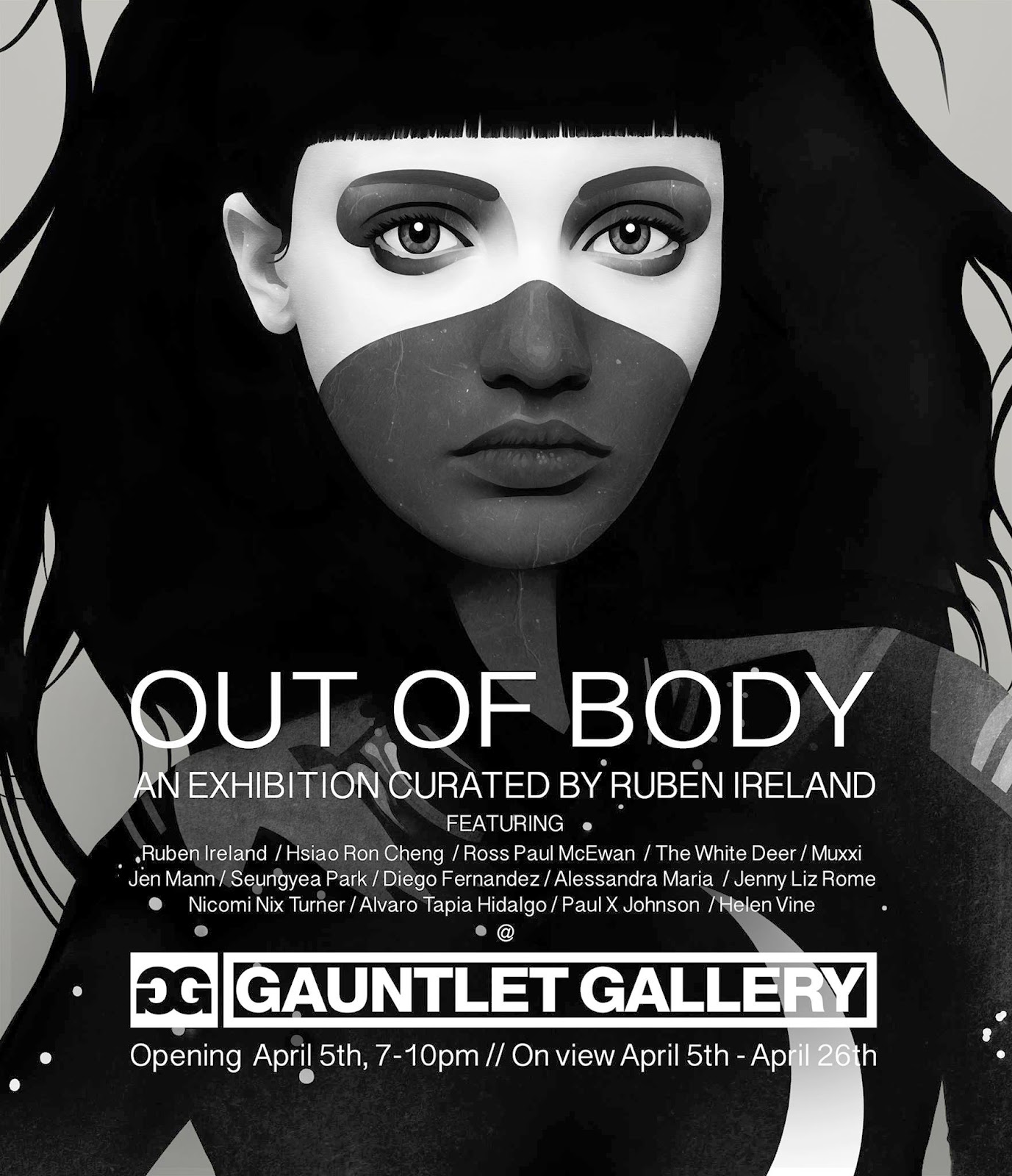 You can see more of Ruben's work at Ruben's Website

For gallery information, here's the link: Gauntlet Gallery
Posted by A Good Old Fashioned Christmas at 23:26 No comments:

Filming begins tomorrow for Dave Ireland's Big Issue Foundation Charity Christmas Single video. We need willing extras to join in the fun on Wednesday October 16th. Anyone who would like to be in the video can meet Matt Bradley in the Brunel Car Park at 15.00hrs (or at the site - the arches opposite Waitrose on the other side of the by-pass on Doctor Newton's Way)

Filming will take a couple of hours - payment is that warm glowing feeling you get from giving a helping hand (plus a credit if there's room at the end of the film...)

We'd love to see you there - let us know if you can make it. 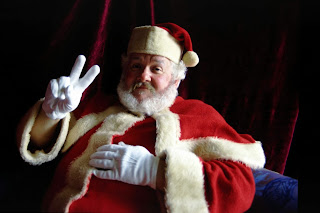 Posted by A Good Old Fashioned Christmas at 15:25 No comments:

Casimir Greenfield : Mr G is asked 10 Questions...: I was recently been asked to take part in a new 'Blog Hop' thing by fellow author Glenn Muller...so here's how I answered the 1...
Posted by A Good Old Fashioned Christmas at 15:03 No comments:

The Killing Of Casimir Greenfield

Cas is my alter ego, a good friend and confidant, the guy who lives inside my soul. But...I'm working on a number of projects under my given name and I'm beginning to feel that Mister Greenfield might serve me better if he took on my other worldly persona.

Yes. This is a biggie! I might just have to kill the guy off!

There was a time when I felt that the division of labour as the best route to pursue, but somehow, at this point in my career, it feels that consolidation might just be the better path.

I haven't decided the method of Mr G's demise, but I can assure you all that should it go ahead, it will be an interesting death.

(I'm not ruling out cryogenics either)

So, there is a battle royale looming. And, who knows, Cas might well emerge the victor. 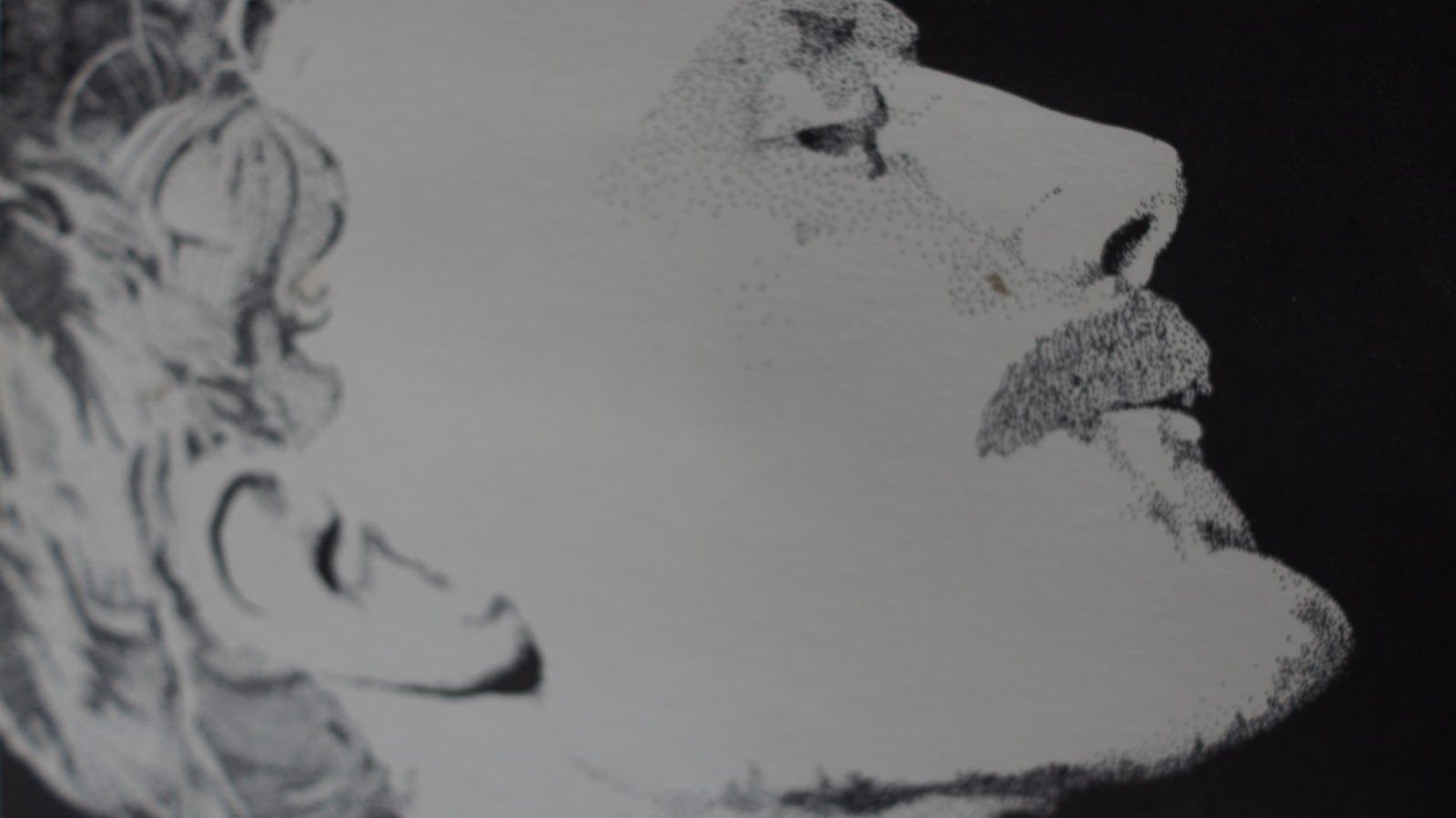 Posted by A Good Old Fashioned Christmas at 23:31 No comments:

I've decided to embrace Vegan-ism. No, this isn't a Star Trek thing - I'm not headed in a sci-fi direction - although the thought of an army of Vegans peacefully ruling the planets has some appeal. This is all about personal body politics.

Back to Earth, Greenfield!

The darn thing told me in perfect German that I was suffering from mild hypertension. The English version told me no different.

My diet has been almost exclusively vegetarian for the past year. Add to that the oily fish and making sure that our source ingredients are organic has been good for the old Greenfield body.

But...I can't resist a bit of tangy cheese, the odd packet of potato crisps, the occasional bag of chips.

Mrs G and I have been food concious for most of our lives. Heck, we were Macrobiotic caterers for one full year in the early 1970s - providing meals for weekend sensitivity training groups at a castle in the country. (More about that when Red House is published!).

This means that whatever we eat, nothing is consumed without at least some forethought and subsequent enjoyment. But the blood pressure machine speaking in its many tongues (I have yet to explore the Spanish version...) has given me all the warning I need to re-adjust the Greenfield diet once more.

Time to explore a non-dairy direction. I had already considered returning to the Macrobiotic regime, but I need to journey a little further I think. Cutting out eggs and cheese and milk is not the hardship it might appear. I already drink my coffee black, have to steel myself to eat an egg and the cheese...well, the cheese could be a problem. But, the weight has to come off, the cholesterol levels need to fall and that blood pressure is due to drop.

Now that I've committed some of my thoughts to the page, I'll let you know how things develop (in between the writing and the rest) over the next few months.

I'm not going to evangelise. Each to their own. But lifestyle changes at any age are an exciting challenge.

Posted by A Good Old Fashioned Christmas at 22:37 No comments:

The blog title is a re-working of a John Cage poem. Known better as a composer, famously of the four minute plus opus of silence, the late composer chose his words carefully.

Someone reviewed my book, Slow Poison recently and I learned a little more about what I do from their perspective.

'I think you handle the unpeeling process brilliantly. It is an unpleasant story -- definitely not one for the squeamish -- but engrossing throughout, not least because it exposes the processes of evil without being in any way judgemental.' Alex Kuhnberg


I have always written intuitively, but indeed, without giving the game away too soon (if at all).

April sees me taking down both of my books from Amazon and the rest. I have decided to un-publish them as e-books for the time being. I feel that, if they have worth, then a conventional publisher will recognise that and put a bit of clout behind them. It's easy to self-publish, but there is a lot of writing out there that might not be ready.

To that end, I am actively seeking an agent. I keep getting close to finding one, but with my uncompromising writing style it will take someone who can see the full and future potential and have just enough faith to take me to the right places.

This is not a plea of any kind, just an ongoing report on the workings of yet one more writers doings.

But, if you know someone who knows someone...get in touch!

Now - back to Mister Cage's Silence... 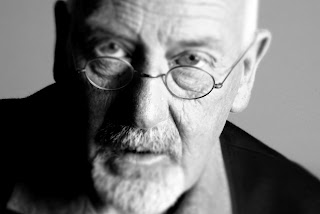 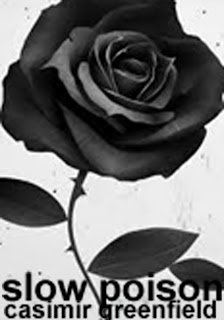 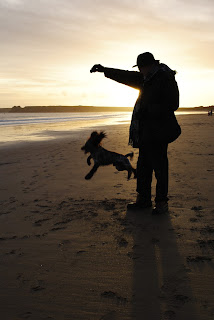 Posted by A Good Old Fashioned Christmas at 23:19 No comments: